The Hunt for Armageddon

The US President isin St. Petersburg attending the G20 summit, and he has with him, as always, the presidential briefcase capable of launching anuclear response. While there, a volatile young Chechen and high-wire acrobat Tamerlan Troshev‒shades of the Boston bombers‒pulls off a brilliantly-executed briefcase heist, and if the trove should end up in the hands of a rogue state such as North Korea, it could easily trigger World War III. Both the president and Russian President Vladimir Putin mutually agree the affair must remain top secret. However, due to current diplomatic protocol, no Russian or American operatives can be involved. International art and artifacts sleuth Michael Bennington just happens to be in St. Petersburg researching the Rembrandts at the Hermitage Museum, and he is enlisted by the American consul general, there, to work with Russian-born consulate employee Ekaterina Nabokova in tracking down this Troshev before he can deliver the briefcase to an adversary. The ensuing hunt takes Bennington and Nabokova all across Europe and finally to Rome where they are able to corner the lone terrorist and hopefully negotiate some sort of deal. But the outcome of that takes a dramatic twist throwing Bennington into a riveting tailspin. Paperback. Also sold at Kindle edition. 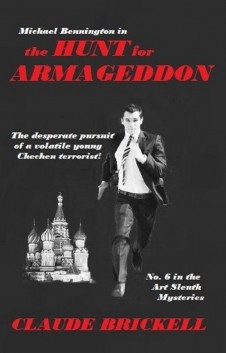