Doug leaned slightly to the side and touched the knob to click on the radio. Scratchy sounds. He slowed the vehicle for a moment to adjust the stations knob. Nothing but interference. So much for AM. FM would be better. He flicked the selection knob.

But before he could tune in a station, he heard a knock on his car window.

But where? He was going fifty-five.

Rear window. Back seat window. Something striking under the vehicle.

To his right. The passenger window.

No one was riding with him, so who could be knocking on that window?

Look and see. Turn your head slightly to the right to see.

No. He could not. He froze.

No. The chills erupted through his system like a flooding of ice water. Nerves electrified.

It was as if he had just been struck by lightning from somewhere beyond his viewing range.

Bam. Bam. Bam. From the edge of his vision, the corner of his right eye, he saw what

looked like a shadow of a human being with glowing red eyes. But at this speed? 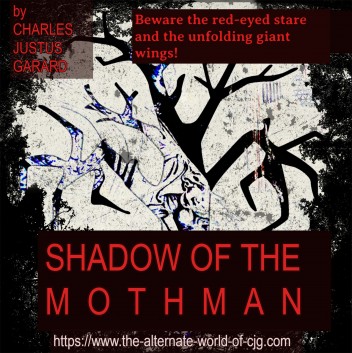