Unlocking the Dream Vision: The secret history of creation

Take a profound journey into the mysterious esoteric symbolism of the largely forgotten Dream Vision, buried deep within the ancient Book of Enoch. It is a unique and fascinating journey that reveals the exceptional ancient system of symbolism that provides real answers to many of the greatest mysteries of humanity’s ancient past in a way never imagined before.

Within its pages, you will discover the secrets to Genesis 6, the Watchers, Nephilim, Sons of God, the Great Flood, Gilgamesh, UFOs, lost civilizations, ancient aliens, and so much more. Not only are many of the greatest mysteries of the Bible uncovered for the first time, but it also reveals the secrets of mythology, the ancient world, and the identity and origin of the mysterious figures our ancient ancestors worshiped as gods. You will learn why the Great Pyramid was built, the real secret of the Pleiades cluster of stars, the lost city of Atlantis, and the terrible cataclysm that befell it and the world 12,800 years ago. The evidence revealed in this book goes far beyond the main-stream and shows beyond a reasonable doubt that a highly technologically advanced civilization not only existed but flourished during the last Ice Age. A civilization that is now only remembered in myth and legend.

You will also come to understand the origin and true meaning of the mystical, esoteric symbols, like the pentagram, the all-seeing-eye, the unfinished pyramid, and many more, and how they are all part of an ancient system of mystical symbolism and initiation that was born in the religious temples that ruled the city-states of the first civilizations. You will also be introduced to the radical 2,000-year-old theory from the legendary Library of Alexandria that humanity's true story lies within this system of allegories and symbolism of the mythology and sacred writings of the ancient world. A system that is still used today by the mysterious esoteric brotherhoods, secret societies, and hidden orders of the world which allows them to conceal the truth of humanity’s forgotten past. 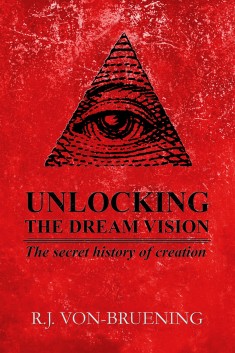