Detective David Knight lives in Birchwood, California. It is a small town in The Fiasco Valley of Elviño County, which is world famous for the wine it produces. The town seems idyllic until young, healthy, male, harvest workers start turning up dead. While trying to solve the crimes, David meets a beautiful Mexican woman and falls in love. Follow David as he does detective work in order to catch the killer, or killers, and solve the rash of murders. Keep following David as he runs from the drug cartels that have started their own country and as he escapes monumentally mad Martians. David's political views and psychological problems are often put on display and the results are rather amusing. It's a hilarious and informative look at life in a dull town in a wealthy valley that is beset by murders . . . or is it? Since this book doesn't really fall into an established genre, the author came up with a new one. "VD: Vintage Death" is a political sarcastic comedy, and so falls into the new "Polisarcasmedy" genre. It could become a huge, popular genre if our politicians don’t improve. 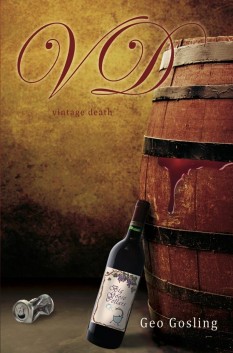