Technicolor Dreamin' in her own fashion

In my third year of art school in Canada, inspired by Kerouac's On the Road, I took off hitchhiking to San Francisco where I met the beatnik poets. In Paris, as an artist in training, I attended art classes, hung out at the Beat Hotel, and participated in Poetry and Art Events. I participated in the 1960s protests (ecological, sexual feminist and political protests in London and in 1968 on the Paris barricades), which not only helped liberalize our society but changed the way we think and the way we dress. In London I became a highly successful designer, first with my own boutique and then with sales to Carnaby Street and Kings Road, and throughout the world. In 1969, I established the first textile design studio in London and after winning awards and gaining international recognition, I moved my studio to Paris. In 1976 I created Trend Union, named by TIME magazine as ‘One of the world's most influential fashion futurists'. In 2007 I wrote this memoir—a personal and critical history of the 1960’s and 70’s counterculture— 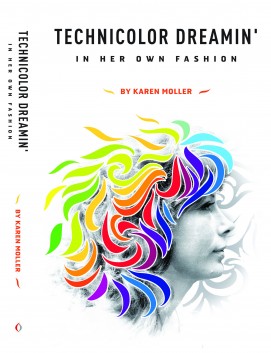