This intriguing novel, based on a true story, will add to the recent historical fiction, The Tattooist of Auschwitz by Heather Morris, and A Gentleman in Moscow by Amor Towles. In 1917 the Communist Revolution explodes across Russia, and Hans Gerein is rocked by the same reverberations felt around the world. In a new Russia rife with danger and treachery, he struggles to overcome starvation, internment in a gulag camp and devastating twists of fate. The gruesome choice he must make to save his daughter's life cannot weaken his resolve to survive the Stalin and Hitler era, no matter the cost to his heart or his humanity. When Hans finally sees an end to 30 years of separation from a brother sent to America while still a child, a secretive clause in the Yalta Agreement threatens to turn his dream into a nightmare. Will the collusion of Franklin Roosevelt, Winston Churchill and Josef Stalin be vile enough to dispose of him in the wilds of Siberia? 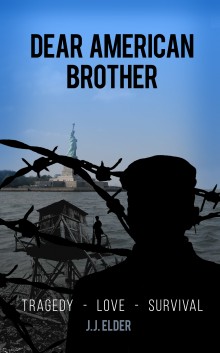